Research on how Games improve Language Learning in Classroom

A Study of The Power of Games to Motivate Learners 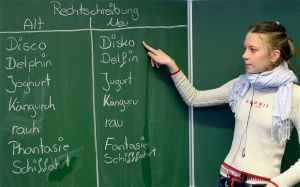 Teaching languages is no easy task

We have a lot of empathy with language teachers. MFL is, without doubt, a difficult subject to teach – more difficult than most.

Teachers need to somehow motivate students to learn lots of data (words) which are also annoyingly fiddly and work to some arcane grammatical rules.

That would be OK if every student in the class was a model student and prepared to knuckle under…but that’s not the universe we live in. In reality many students tune out as soon as the tough stuff comes long. And if consecutive classes become difficult they can switch off from the subject altogether. Many teachers will admit they have some zoned out students in their classes.

From Bored Beings to Keen Beans

If students have switched off then teaching is very unrewarding  as the efforts of teachers fall on deaf ears. The only hope is to somehow switch them back on, get them enthused, wake them up! Four separate sources suggest that one of the very best ways to do this is through games.

This was a huge piece of research involving the impact of games on games on student performance As part of the study used a variety of language and vocabulary games. The outcomes were impressive. This ASCD Research shows that games on average improve academic performance by 20% – that’s a huge lift – and that’s from just an average game. Really good games will do a lot more. Perhaps some of that uplift is from students being more alert and focused. But it really doesn’t matter why – games just work and you should put them to work for you. (To see the actual paper go here).

(Part of the Bilingual, Multilingual, and Multicultural Education Commons, Curriculum and Instruction Commons, and the Educational Assessment, Evaluation, and Research Commons)

There is a paper written about the affect of Games in Foreign Language Classrooms by Amy Talak-Kiryk, at the SIT Graduate Institute which is useful for deeper insight. She was a Spanish Teacher and very interestingly this is the opening line of her thesis. Do you recognise this?

” I taught Spanish the way I learned it, using the audio lingual and grammar translation methods. As a result, the students would use their hands to prop up their heads while looking utterly bored in class. Only a few students were participating regularly, and those same few were the only ones who really knew what they were doing. “

It’s well worth reading what happened and the journey she went on to enthuse her class. Suffice to say she turned it round with games. 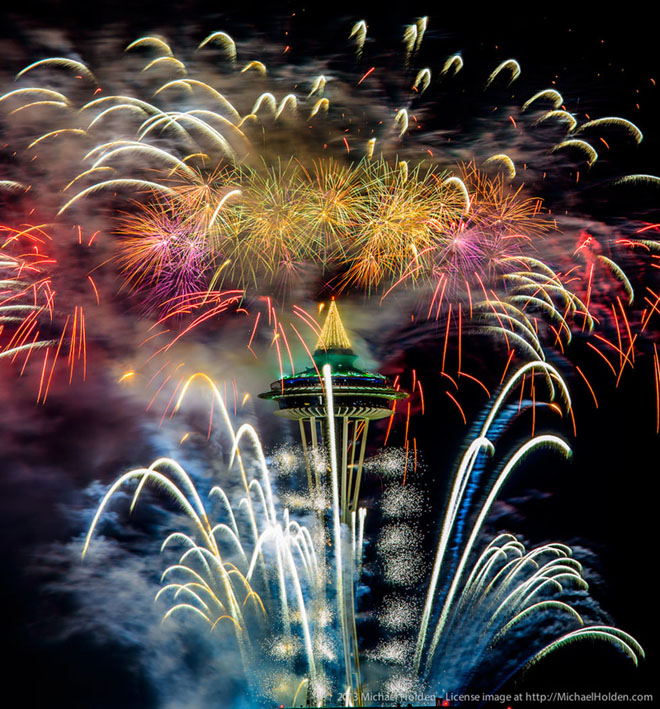 The Washington Post ran a terrific article titled: Board Games help reinforce lessons in the classroom. The opening paragraph sums it up:

“Disconnect the Xbox, uninstall the computer game software and close the laptop. You want your child to have fun but learn at the same time, at a fraction of the cost? Play a board game, experts say.”

Check out the article but the message is clear….except I would go a stage further. Take the board game into the classroom. They refer to a very thorough 2007 study by Carnegie Mellon University which showed players reaped performance leaps from playing board games as simple as Snakes and Ladders.

When it comes to language learning, this hypothesis is reinforced in a great Book called the Bilingual Edge by Language Professors King and Mackey. In this book they recommend teachers and learners avoid screen learning. It is very illuminating. This is what they say about language learning Do’s and Don’t’s:

“to be effective, language learning exposure must be with a real human being not a DVD, television program, computer game, or talking toy. These edutainment devices, while extremely well marketed and popular with parents and some children, cannot substitute for a real person and real interaction…..focusing more on making language learning a positive, fun, interactive and engaging process.”

They go onto to say games are one of the very best ways to learn. We recommend reading it.

The Game that Teachers Recommend for Language Learning 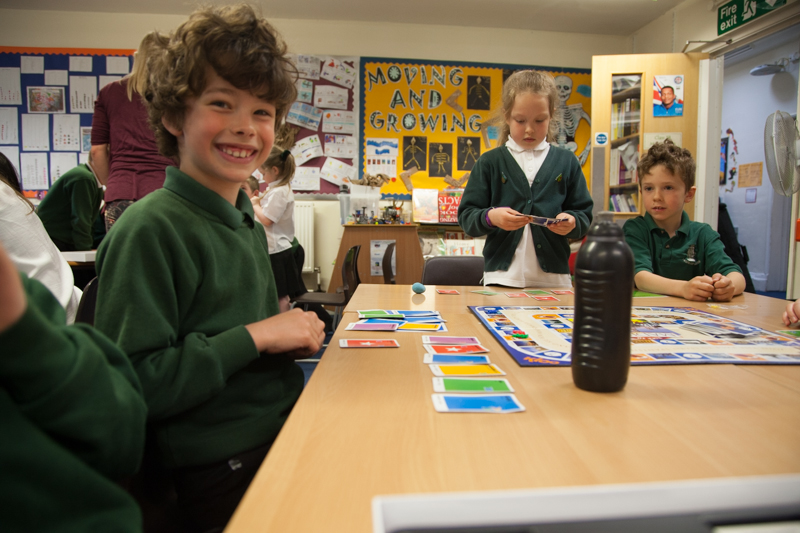 Thousands of schools around the world have been introducing KLOO into the classroom with dramatic effect. We are always very grateful for the endorsements we receive from teachers – for us it is the ultimate proofing of our game.

“I’ll often say to my students, “What would you like to do? Reading, a song, noughts and crosses, hangman, KLOO?” And 9 times out of 10, the answer is KLOO!!” Lindsay D, MFL Teacher

“At first I thought KLOO was just another game. Then I realised this was different. It’s fun, it’s intuitive and, more importantly, it works. It’s a wonderful way to learn a language.” Jack Lonergan, Professor of Language

“I bought a couple of sets of KLOO at the Language Show and the language assistant plays it with the students, all ages and abilities. They absolutely love it!” Dulce F, Spanish Teacher

“This game is without a doubt the best Language learning game I’ve ever used as a Teacher of Languages – we’ve got a whole cupboard full of more expensive alternatives that fail to deliver what this game does in bundles; fun and learning at the same time.” Angela Azzopardi, Spanish Teacher

Watch this Video of how to play Classic KLOO in French. Check Out how students are: learning words; making sentences, and speaking out loud. That’s language!

To buy Learn French “Race to Paris” Board Game

KLOO is the award winning card game that teaches you how to speak French as you play. In this video we show how to play Classic KLOO – a game in which you make French sentences and learn French words to score points. KLOO provides fun and educational games for learning languages.With each deck of KLOO cards you can play lots of language games (see our other videos). Ideal for studying French or Spanish or as MFL resources for use on courses and in lessons or use at home as French Games for kids. KLOO is the fun way to learn how to speak French!

00:26 Ideal game for learning French for adults and children
00:36 The aim of the game
00:43 Making French sentences is easy
00:46 How to start a French sentence with KLOO cards
01:04 Look at coloured arrows to know what card to play next
01:25 How to score a Classic game of French KLOO
01:49 How to treat an untranslated French word
02:05 All French words are translated by the end
02:09 What to do after your turn
02:15 Next player’s turn

How to play Classic KLOO. KLOO is the fun card game that teaches you French as you play. The game is very easy to play and ideal for adults and children. To start a game of Classic KLOO, start by dealing seven cards to each player. The aim is to score points by creating sentences and translating French words. Making a sentence and learning a new language in KLOO is really easy.
Here’s how. Always start your sentence by playing a red card first. If you weren’t dealt a red card and don’t have one to start, you can play one card, just one, of any color.

Once you’ve played the first red card, all you need to do is look at the colored arrow and play a card of the same color next. Now you can play a yellow or green card, we’ve chosen yellow. Now a green card. Now a blue. Don’t forget, you cannot finish on a double arrow card, so make sure you can play the next one.

You score points in KLOO as you play your cards. You score one point for every card you play. And you also get points for every French word you can translate. If you don’t know a French word, remember to look at the bottom of the other cards for clues. If you still can’t translate a word, keep it in a separate pile for everyone to see, and the next person to translate it on their turn gets an extra three points. All of the other cards go into a word bank. This way, all the cards will be translated by the end of KLOO.

When you’ve finished your turn, pick up cards from the pile to take your hand back to seven. And it’s on to the next player. That’s it. You can score with a pen and paper, or use the KLOO board to spice things up.