Home/Are we really turning into Little Britain?
Previous Next

Are we really turning into Little Britain? 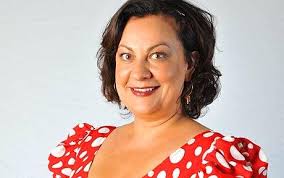 I came across India Knight’s article last weekend – “Oh surely you know the foreign for “I’m a lazy linguist”. The article stopped me in my tracks because it excoriates the British for, on the one hand being uniquely lazy in learning a second language and, on the other, for being proud of it….It also tells of the damage this attitude has at home and abroad as well as the detrimental affect it has both economically and in terms of our lifestyle…(Yes it’s true – people with more than one language have better careers and superior income – and let’s face it better holidays for obvious reasons).

Should we be embarrassed?

Ms Knight gives 5 terrific reasons for learning a language that bear repeating – and I’ll quote her:

a) it’s good for your brain

b) it makes understanding other cultures much easier

d) it’s nice to read books in the original and

If we are not embarrassed about our failure to speak languages maybe we should be….She says that “One of the great cringe-making sights is when you’re abroad and you see cross British tourists bellowing “you don’t speak English?” in some locals face.” I agree.  And have said so many times here at Language Pie………

She also talks about the benefits of a language and this line struck me: “I would argue that nothing is as satisfying as learning a language, an achievement that continues to be satisfying decades after mastering”…Here. Here. Well said India.

If you looking to learn a foreign a language in a fun way, take a look at our award winning KLOO games.