Home/The importance of games in language learning
Previous Next

The importance of games in language learning 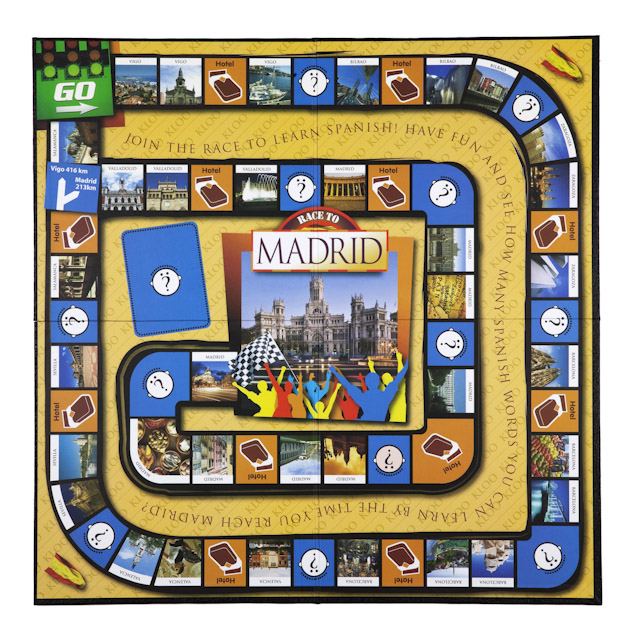 A well designed game can simulate real life. Monopoly simulates the property market while flight simulators let pilots play at flying a plane before they are let loose on a real one. There are even war games. Countries don’t want to gain experience of war by going to war – so they simulate it. Simulation is a fancy word for “make believe” (as my children call it). It’s an elaborate game.

Turning language into a game

I have worked with games most of my life and so it was natural for me to want to find a game for my children to learn a language. I could see they were unenthusiastic and listless when it came to language learning….problems that a well designed game could overcome. I searched the web, eBay and Amazon and found nothing (except English language games like Scrabble).

Having designed many games for businesses, it was then that I decided to create a language game especially for my children (pictured). It was just for fun….playing with scraps of paper around the dining room table…but when I saw their reaction, how competitive they were and how quickly they started picking up the language, I decided to produce the game for other people to enjoy.

KLOO is especially effective because it has taken the five principles of language learning and embedded them in a game. In just 7 months it has won 6 major awards including Best Board or Card Game. More importantly, it is being used by all types of schools (state, private and language academies) with huge enthusiasm and terrific results. I especially loved a recent email from a Spanish teacher who needed to order some more games because “the children are going crazy for this game.”

KLOO lets us simulate the way we learned our first language.. the way we’re hot-wired to learn. It means you learn faster and have more fun.

Have a look at how you can learn how to make French or Spanish sentences with KLOO cards in the video below.