A ground breaking game in its day

One day my father came back with the latest in screen game technology…an amazing game that could plug into your television and allowed you to play tennis – Binatone Tennis. The screen became blank with a line down the middle…and then each player had a small bat that consisted of a line like this |. You could move the bat up and down to hit a ball which looked like a full stop…..we played for hours and we thought it was amazing and brilliant.

By today’s standards of course it was prehistoric. How could something so basic be so gripping…so entertaining?

It was new! We hadn’t seen the like of this type of game before. Now each generation of new game ups the ante. Today, we have insanely intelligent and responsive games that even blur the difference between virtual reality and just plain old reality. 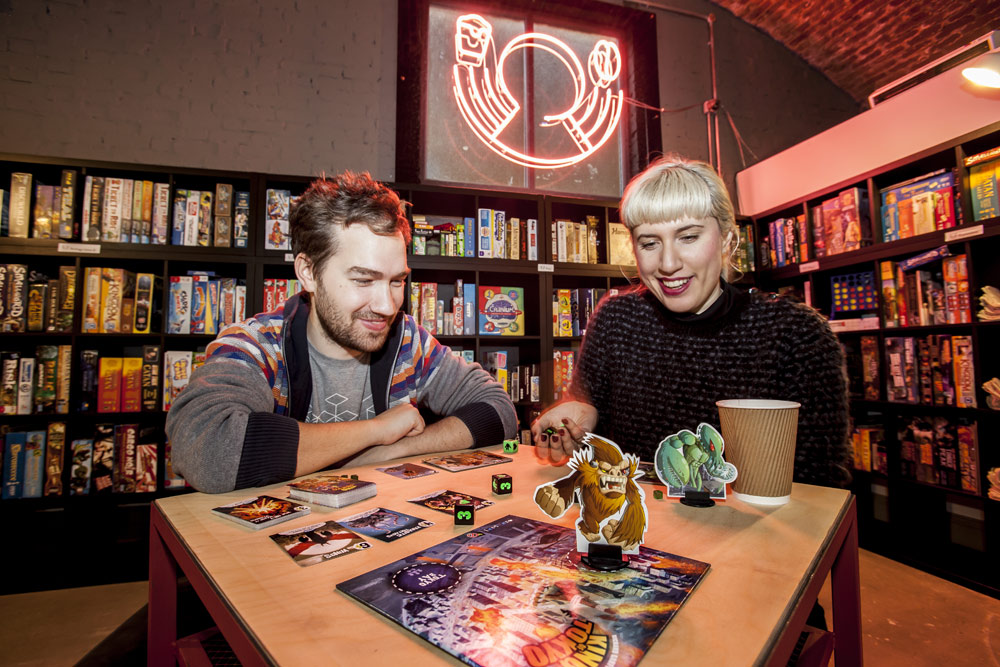 Board Game cafes have sprung up

For a long time board games were in decline. It seemed that “The Video Game killed the Board Game Star”….except it didn’t. Board games have more than bounced back. In 2009 board game sales started to rise again – and have been doing so every year since. In recent years, board game cafe’s have sprung up (who could have guessed that?). In Essen, Germany, there is a board game convention which attracts 160,000 visitors in 4 days. Meanwhile, on game forums, gamers are saying that they prefer board games. A recent contributor discussed how he has recently returned to board games saying: “Somehow board games have something “special”. A thematic boardgame feels like reading an interactive book where you can be a part of the story.”

As a games designer I have sensed some of this move back to board games. Parents and teachers are embracing real games again – turning away from screens. One teacher stated on facebook that her students “Beg to play KLOO”. Those are strong words and indicate a a strong desire above the norm…but why?

I think its two things.

Firstly, board games are the new new. When I played Binatone tennis 35 years ago it was new…board games were old hat. Now we have reached screen time saturation and the new entertainment system is in fact board games…it’s now novel and interactive and fun. The new generations love them.

Then there’s something else though which will I think will stand it in good stead – for ever really. Board games are more social, more friendly and in a human sense more intimate. You sit across from one another, you get to see each others facial expressions, you have eye to eye contact. It’s more personal…..and real! And more enjoyable for all that.

Long live the board game.

Our board game KLOO won ToyTalk’s Best Board Game of the Year…we’re very proud of that. And you get to learn languages too as you play. We’ve never been really tempted to turn it into a video game though. My instinct is (and I could be wrong) is that learning a language is a social game and it’s best suited to playing with each other around a board.

Here’s our best selling Race to Paris game board. There are, even if we say it ourselves, some clever language learning principles inside the game. Teachers and parents and indeed self learners are appreciating that games can be used to educate while having fun…so it never feels like work. 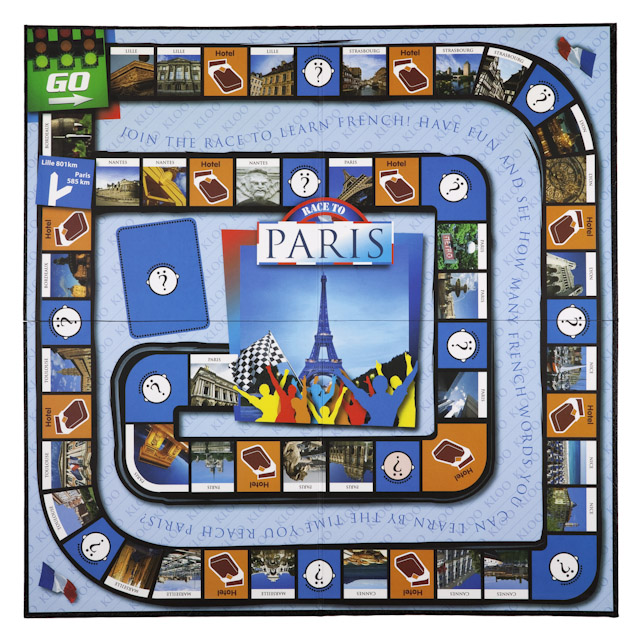 Turning Learning French into a Game – KLOO’s Race to Paris