Home/Hello From Kim At KLOO
Previous Next

Hello From Kim At KLOO

Hi everybody,  this is my first post for the KLOO Language Pie blog. Unless you have been following KLOO on Twitter and Facebook you won’t have met me yet.  My name is Kim and in the middle of April I started managing the social media accounts for KLOO Language Games.

I work from home managing the social media side of KLOO and I absolutely love it! I adore language learning and am ever so chatty, so to have a job that involves me talking about language learning is just fantastic. :o) 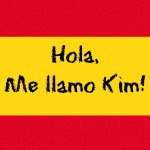 When I was at school and then college, I studied Spanish and French.  Spanish was my favourite subject by far though. I lived and breathed Spanish! I loved the language, the simplicity of the grammar, the sound of the accent, the rhythm of the music, the friendliness of the people…as a matter of a fact, I loved and still do love everything about the language.  It has been a fair few years now since I studied Spanish and since leaving college I haven’t had too much opportunity to put my skills to good use, until now that is!

Obviously working for KLOO doesn’t mean I get to speak Spanish all day (although I don’t know if I could still do that now?) but it does give me a very good excuse to seek out links to all things Spanish (plus French and Italian) to share on our social media pages. All I ever needed was a reason to start listening and reading the language again….and now I’ve found it!

The week I started managing the social media for KLOO I did an online Spanish language test and I was absolutely over the moon when I saw my results. I had achieved an overall result of Level 4 High Intermediate.  I was amazed to think that after about 10 years of not studying Spanish my brain had still held on to so much knowledge of the language.  It just goes to show that when you learn to speak a new language it really is a skill that will stay with you for life.

When I was at school I always enjoyed learning new vocab. I was the girl who wrote down lists and lists of new words to learn as I was so insistent on making sure I had lots of words to use in my Spanish conversations. It’s no good being a chatterbox and not being able to chat, even if it’s in a different language!

It is because I know how important it is to learn vocab that I think KLOO is such a great game. It makes learning vocab fun for everyone….even for people who don’t ordinarily enjoy having to learn lots of new words.  KLOO hadn’t been invented when I was studying Spanish or French at school, but if it had been I bet we would have all enjoyed playing the games and competing against each other to learn the most words. After all, everyone gets competitive when playing board games and that is why KLOO works so well as an MFL teaching resource….it gets all the pupils actively involved in the vocab learning of the language being taught. 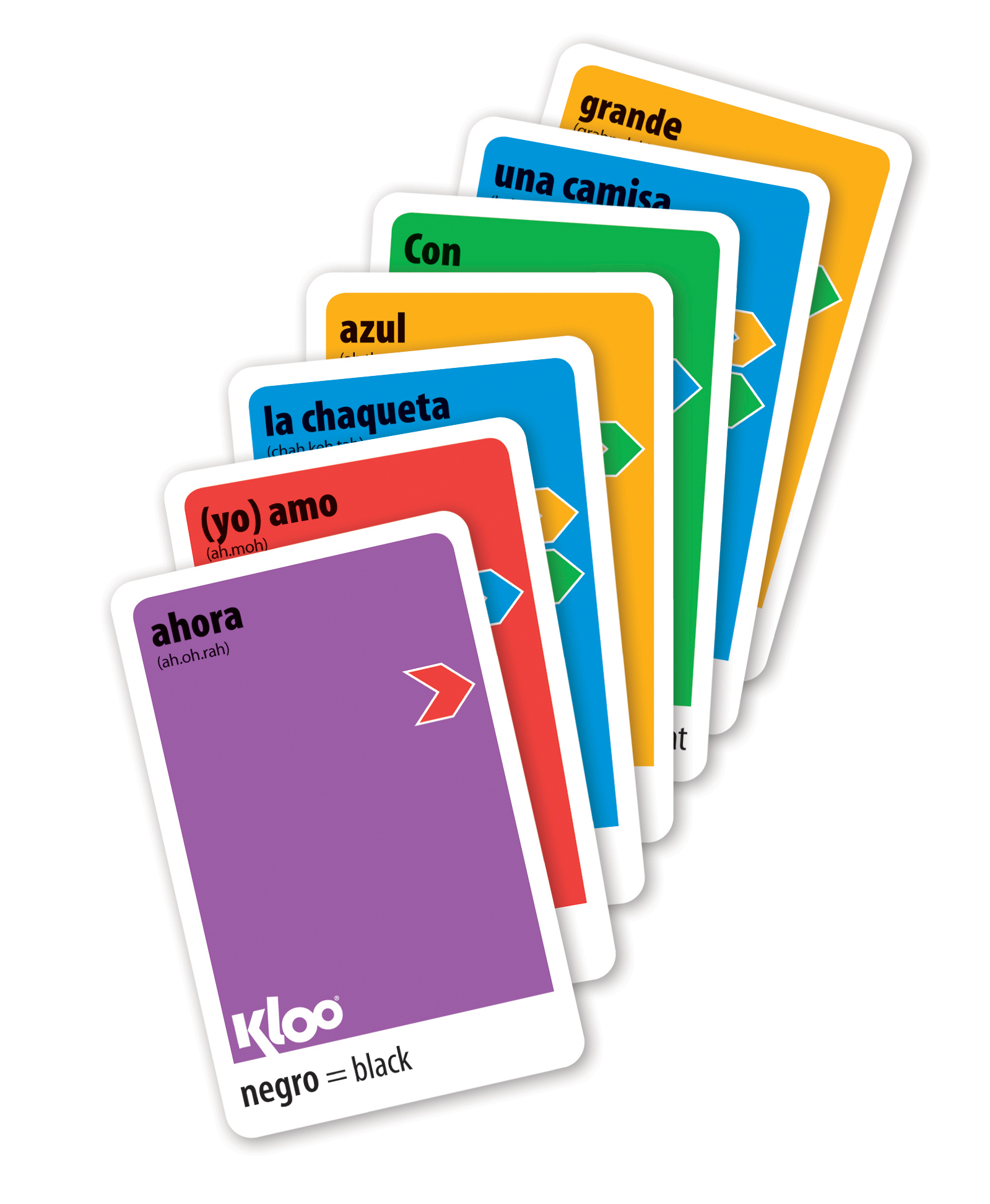 It is easy to learn to speak Spanish with KLOO

KLOO Language games are available in Spanish, French and Italian. The unique colour coded KLOO card system allows you to quickly and easily start to make grammatically correct sentences in your target language. You can watch videos about how to play KLOO on our You Tube channel.

I hope you all have a wonderful week. Thankfully the sun is shining today so we can all start to enjoy our British Summer. Talking about seasons, I have found a blog post on The Guardian that says we might want to call the current season ‘Sprautumn’ instead of ‘Summer’ as they are saying the windy, rainy days we have been experiencing are not what we really expect from this time of year. What do you think of that name? I think it’s quite catchy but I think we are better off calling it Summer and making the most of each and every sunny day we have.

I shall be back next month with links to some interesting articles about language learning.