What happens when you mix language learning and games? 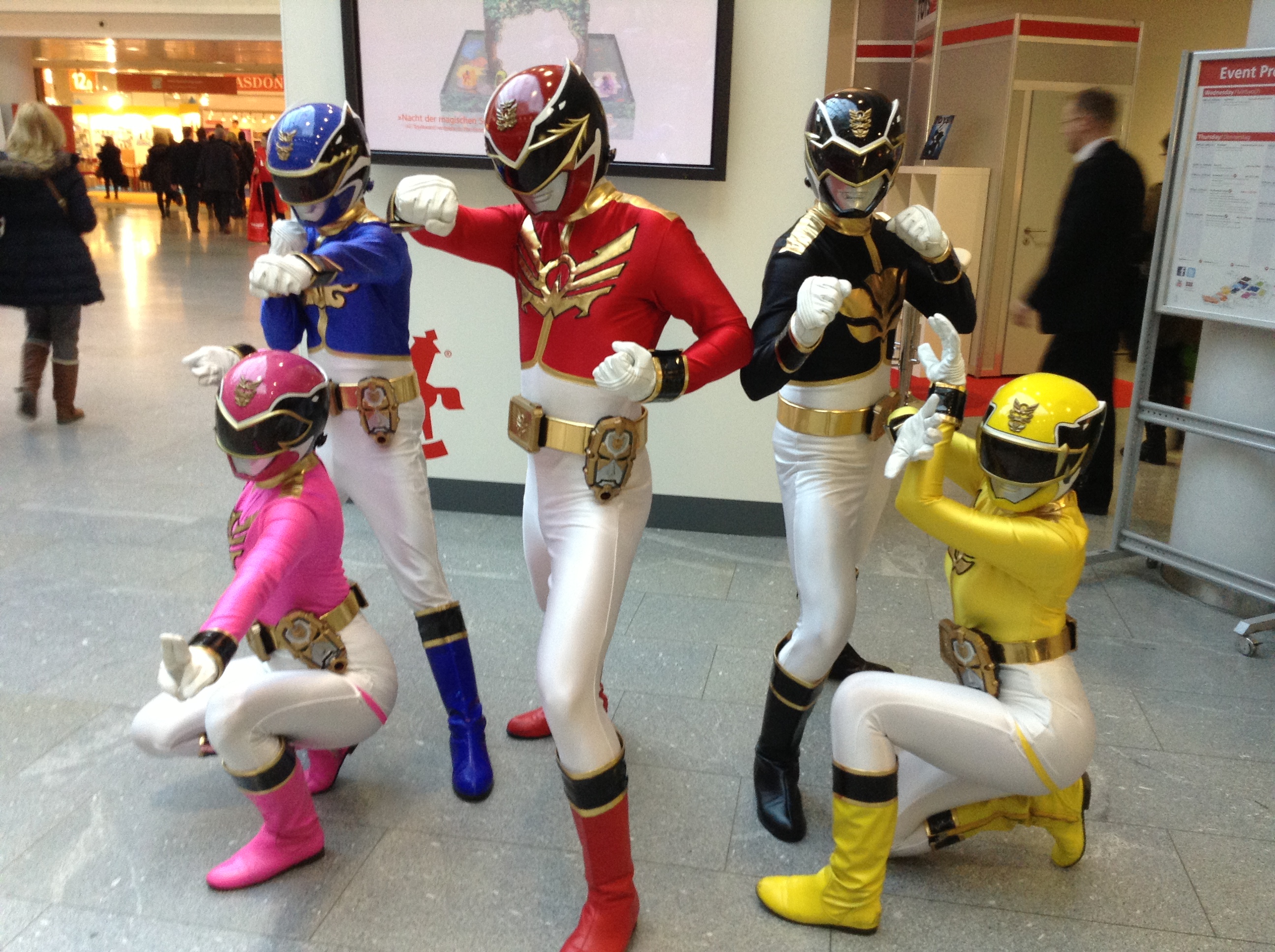 Power Rangers pose for me

After missing my flight and then later not finding my hotel, I am finally settled in at the Nuremberg Toy Fair in Germany. It’s the biggest Toy Fair in the world with 2500 exhibitors, 70,000 products being exhibited and 80,000 visitors from 60 countries. My humble stand covers just 6 square metres and is part of the Best of British exhibition.

All the giants of the toy world are here. I met the Power Rangers on the way in this morning! They kindly posed for me so I could post this picture for you.

At my stand, people stop, are a little curious and I invite them to play a hand of French KLOO. Often they are a little nervous and say they can’t speak French. I say, that’s perfect! Let’s learn some. 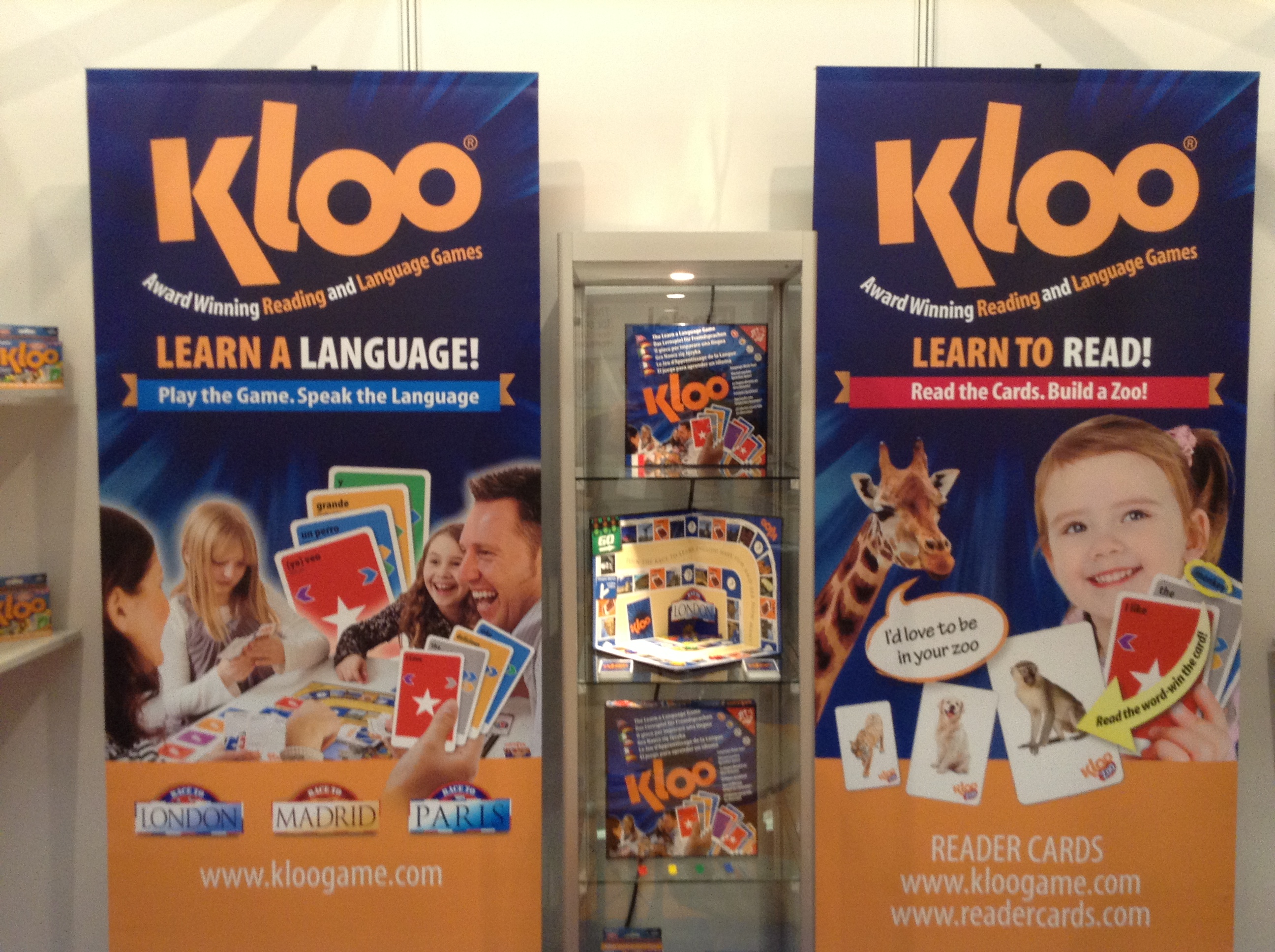 I firstly ask them to make a sentence, as long as possible, with their seven cards – and explain that it’s really easy, even if you’re an absolute beginner….and then 10 seconds later, they do it. Their reaction? Genuine surprise and delight. Some have exclaimed it’s the longest sentence they have ever made in French.

We then set about translating and learning words. That’s super easy too. Before long they are immersed in the game, scoring points, learning words and racing around the game board.

That’s the beauty of learning through a game. You don’t have to study, read or write. Just play and have fun. And here’s the clincher for me – all of my guests say they learned more and faster than they ever did at school. 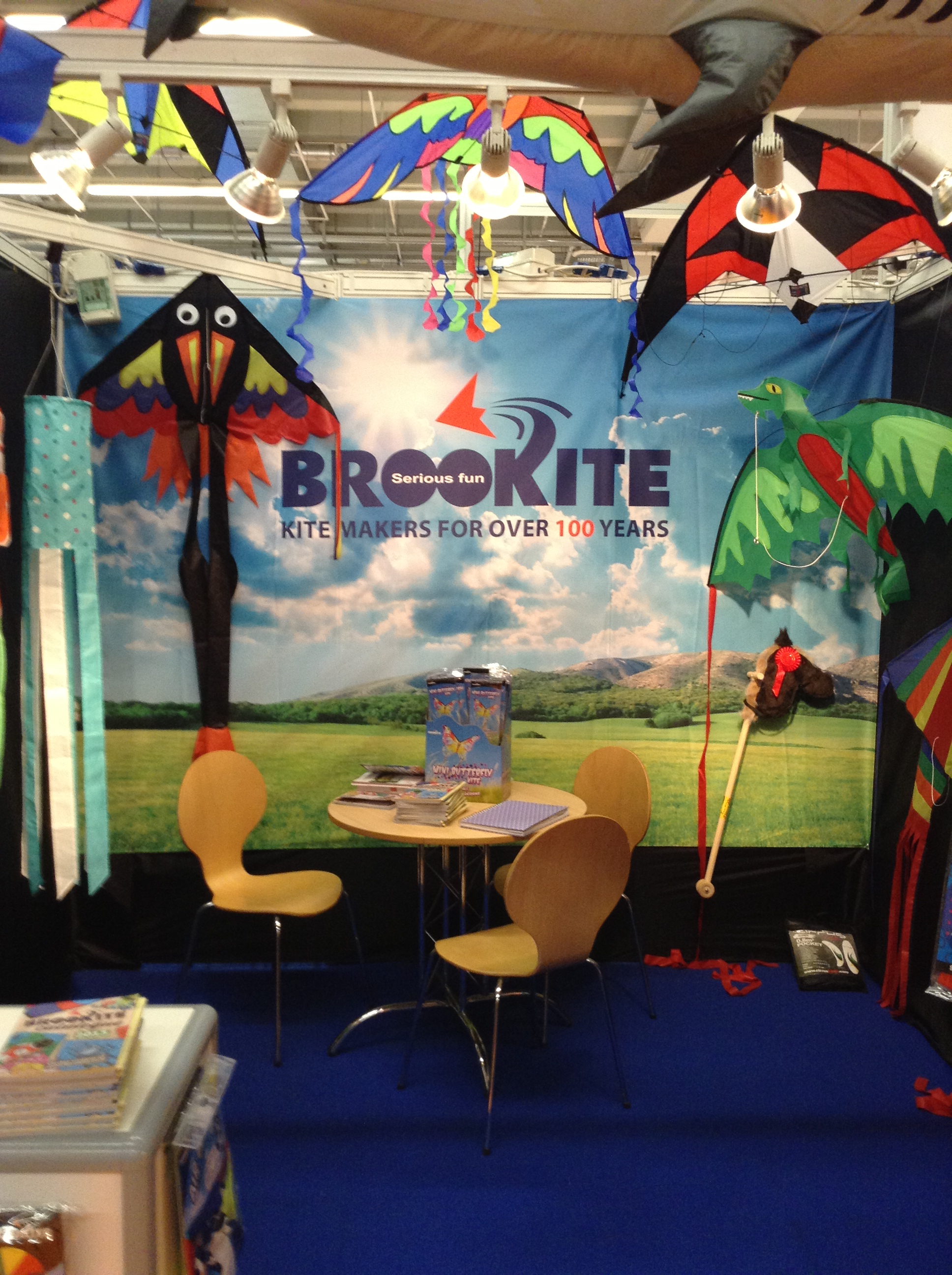 One person, actually an exhibitor from a nearby kite stand (Brookite Ltd pictured), told me he didn’t  fully appreciate the power of the learning principles inside the game until he experienced it through play. It made me wish I could play a hand with everyone who wants to learn a language. Alas, that’s not possible – but I can show you a couple of animated videos. You’ll find them at the bottom of this post – below these snaps from today at the Fair.

If you want to learn a second language in French or Spanish – think about learning through a game and think about KLOO too. 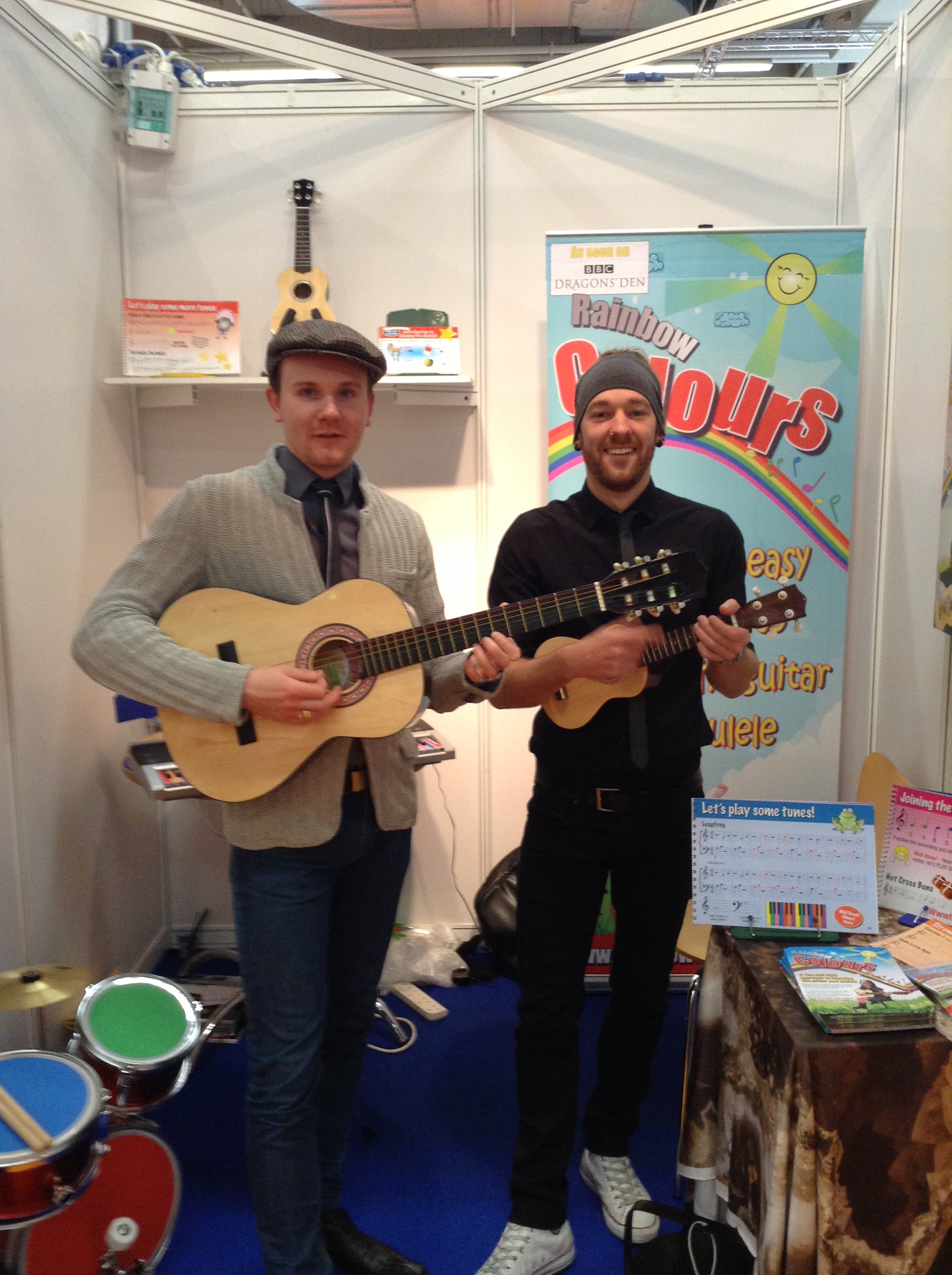 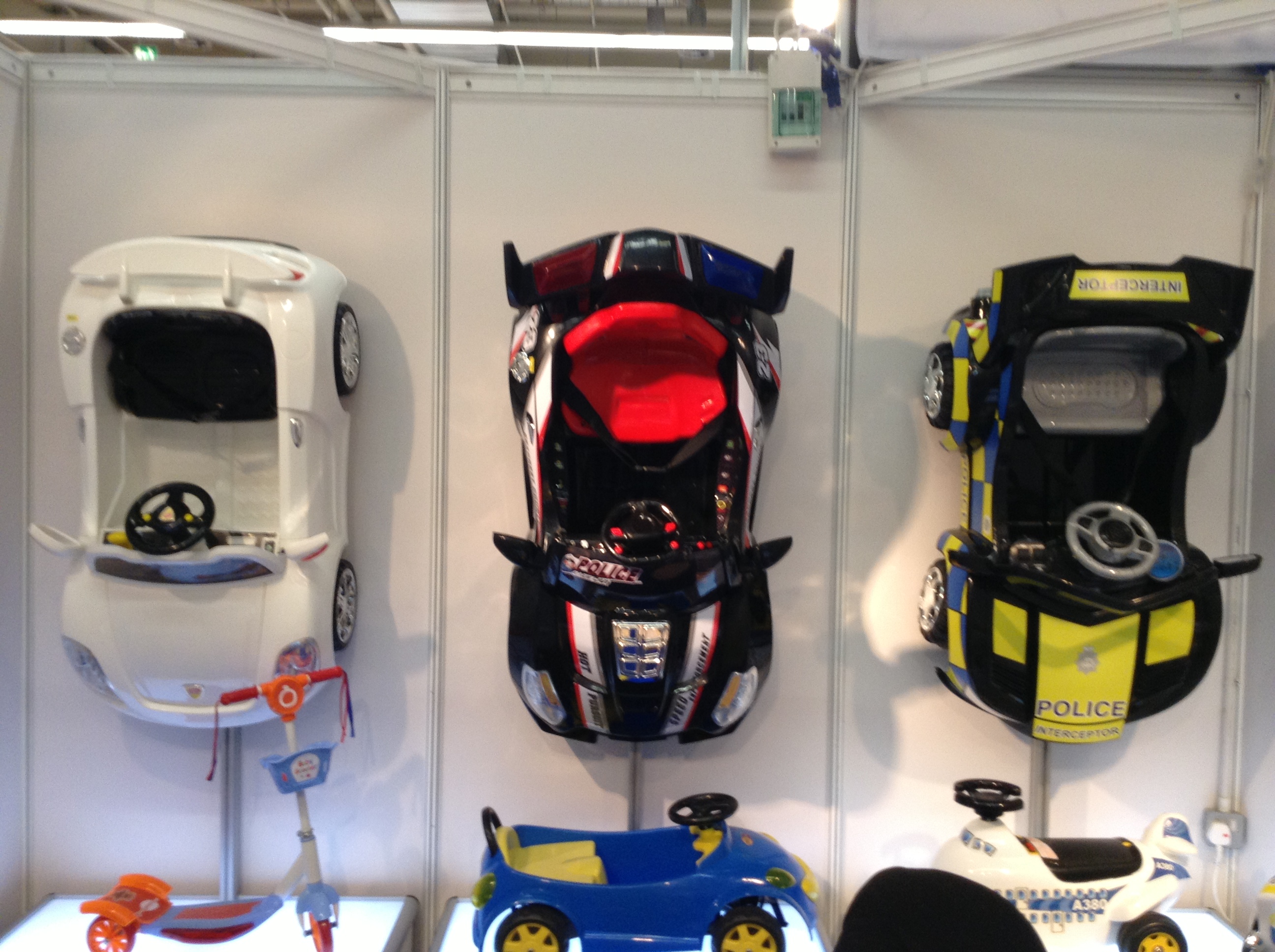