Please enter to learn a language

Finding the best language resources is a challenge. Perhaps if you are reading this, you have already tried different language resources and have been left feeling disappointed. Finding the best way to learn a foreign language is the right thing to do – but sifting through so many options is both daunting and confusing. There are CDs, talking toys, talking books, text books, audio programs, DVDs, phrasebooks, vocabulary lists, grammar drills, software, magnetic readers and much, much more.

The education and edutainment markets are colossal multi-billion $ industries – and they have a vested interested in keeping it that way. They have the resources and skills to mount very slick marketing campaigns – all with the single aim of getting you to part with your cash and buy their product.

The truth is that all of these language products cannot be equally effective. Indeed research shows us that many famous products hardly work at all.

In this blog we share independent research that tells us what works and what doesn’t.

Language is just like any other endeavour – if you have the wrong tools you won’t achieve your objectives. You cannot play tennis with a golf club. You cannot effectively learn a foreign language with the wrong equipment either. 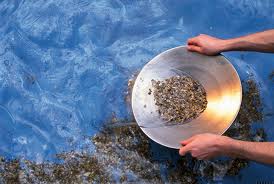 In this post, therefore, I am going to cut to the chase and state what language resources hardly work at all. The statements made here are not a matter of opinion but of independently researched fact. The reason that a lot of these materials fail is that they do not incorporate the 5 proven principles of language learning. Some do not even incorporate a single principle.

On the web and in the media in general, there are so many unsubstantiated opinions and strong vested interests. Some companies spend millions of dollars in supporting best selling products that simply don’t work. By bringing to you research, as opposed to opinion, I can help you determine the best ways to learn a language.

The Z Team of language resources. If you are ever tempted to buy these I recommend you turn right around, find a nice coffee shop and enjoy a frothy capuccino instead.

The most ineffective MFL Resources, as shown in independent research, are:

• For older children (and adults) these language resources can have a complementary role as part of a wider language toolkit – but human interaction is still the most effective way to learn.

Research from different sources indicate that these audio-visual materials are of limited value or hardly work at all. Language Professors Kendall King, Ph.D and Alison Mackey, Ph.D have collated and analysed extensive research to support these findings in their excellent book “The Bilingual Edge”. Their conclusions are clear and unequivocal and I think you may as well read them as stated rather than my interpretation.

“to be effective, this exposure must be with a real human being not a DVD, television program, computer game, or talking toy. These edutainment devices, while extremely well marketed and popular with parents and some children, cannot substitute for a real person and real interaction.”

They go on to summarise that:

“Parents should keep in mind the simple point that [young] children do not learn much language through television or other educational products.”

The authors acknowledge that such edutainment materials have more value as children get older – particularly if they can follow subtitles. However, they stress that these materials need to be part of a wider toolkit and that the best way for them to learn is to be

The authors are actually are left disappointed by the implications of these findings.

“Like a lot of parents, we hoped that by providing our children with these DVDs and television, we were not just entertaining them but giving valuable foreign language input. The findings that things don’t exactly work this way was a tough pill to swallow – and we wish it were that easy!”

Kendall King and Alison Mackey are linguistics professors at Georgetown University. Between them they have written nearly a hundred research articles and books on language teaching methods.

Please read their authoritative book the Bilingual Edge for more information on their findings and their research sources. 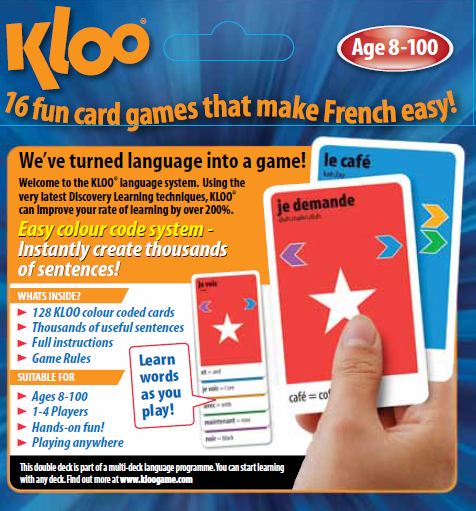 Back of a KLOO French Pack

For a MFL resource that does involve human interaction check out KLOO Language Games.

Or why not look at this short video and see how easy it is to make sentences in a foreign language.