What can hammering in a nail with a screwdriver teach us about language? 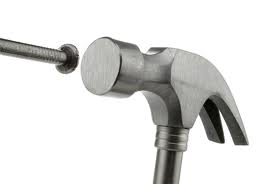 Use the right resources to learn a language

Have you ever tried to bang a nail in with the handle of a screwdriver. I have.

While building a playhouse for my daughter at the bottom of the garden, I realised I had left the hammer in the garage. “What the hell”, I thought, “I’ll bang it in with the handle of the screwdriver.” There were two outcomes. Firstly, I hurt my hand and, secondly, the nail did not budge. In fact, it laughed at me. I ended up going to the garage and boy did that nail get hammered in!

It is not difficult to see where I went wrong – I used the wrong tool. However, let us be clear. There was never a question that I had lost the ability to bang in nails! I just went about it the wrong way.

The importance of using the right language resources

At KLOO we believe that everybody has the ability to not only learn – but become fluent in another language. So many people find this hard to believe because they have used the wrong resources – and then incorrectly conclude that they don’t have the skill to learn.

The fact is, the relative difference in performance of language materials is truly staggering. Some language tools will catapult you into your new language and reward your effort while others will actually impede your progress. 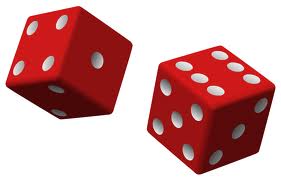 Below we have created “DICE” mnemonic to help you find the right tools. It sure beats hammering in a nail with your hand.

D is for DISCOVERY LEARNING

The best way to learn a foreign language is through Discovery Learning. That is the natural way we learned our first language. Hardly any products use this. Discovery Learning involves discovering what you want to know, when you want to know it. Some scientists call this the “Aha! Moment” or “Eureka Moment“. It’s when you “get it”. This is how our brains are hot-wired to learn a language. Most products feed you information that they want you to learn.

I is for INTERACTING (with humans!)

I is for interacting with real people as opposed to learning from screens or audio devices. After all, we learned our first language by talking with other people and all research shows this is the best way. Speaking with others will massively reduce your learning time.  The person you are interacting with does not have to be fluent. A friend, parent or colleague who is willing to interact and learn with you will make a big difference.

C is for CONTEXT

Context is crucial. By putting words into context you give your new vocabulary meaning. Meaningfulness is a central plank for getting foreign words into your LONG TERM MEMORY. The best technique for learning words is to seek the meaning of a word (because you need to know it) and then use it in a sentence. Using it straight away helps to lock it in.

In KLOO you have to put foreign words into context to score points. Its more fun and you learn faster.

E is for ENJOYMENT

Enjoyment is a hugely important factor but often overlooked. Many people (especially children) give up learning a language because it becomes a chore. However if you enjoy it, you do it more. The more you do it, the more you learn.

How about playing a language game like “Penalty Shoot-Out. Its a quick fire quiz game and great for building your vocabulary.

Many car navigational systems have language options. Switch it to a foreign language speaker and learn directions and words to do with travelling. From the display you will know what the Sat-Nav is saying and will, therefore, receive information in context. I have my Sat-Nav switched to an Italian woman – it is actually quite fun and you’ll quickly learn directional words. To start with we recommend you set it for journeys you already know where you are going. You can anticipate the instruction and listen carefully – and furthermore, you can’t get lost.

There will be more great ideas coming to you soon.

P.S. If you are looking to teach or learn a language – KLOO® can help 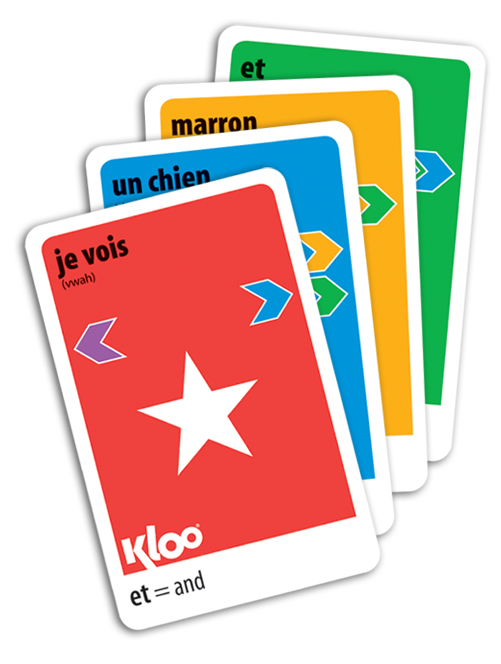 KLOO language games was designed by games experts, tested by teachers, manufactured in the UK and launched in the autumn of 2010. In March 2011 KLOO became an instant classic when it won the “Best Classic Toy” at the 2011 Dr Toy Awards in the USA. In the UK KLOO won the ToyTalk Best Board and Card Game 2011.